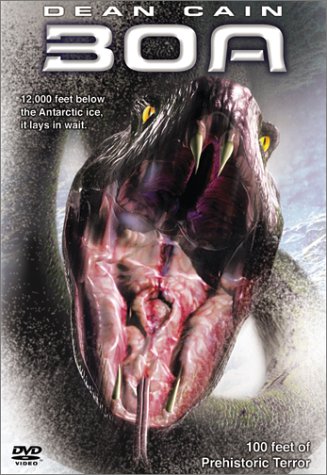 Well, it is Dragoncon time again and what better way to start the day off than with some B-movie goodness. Now I remember catching this movie on Sci-fi (yes, Sci-fi back before the name change) during a batch of snake movies one weekend and to be honest, my first thought was, “Is…Is that…. Dean Cain in a giant snake movie?” This honestly caught me by surprise and it would not be the last time that he would appear in a B-movie, several of which I now own and enjoy watching. For now, let’s just sit back and enjoy the craziness that is Boa (a.k.a. New Alcatraz).

This movie was a decent movie but it could have been better. The acting was good, with Dean Cain (Robert) and Mark Sheppard (Yuri) doing good jobs in their roles. I also thought that Grand L. Bush (Quinn), Craig Wasson (Riley), and Elizabeth Lackey (Jessica) also did good jobs, though there were times that Jessica’s character was kind of annoying. The story was pretty good but the pacing was incredibly slow. They spent close to an hour setting up the movie and it felt like they had to kind of rush the rest of it to fit the run time. The special effects were pretty good in regards to the snake, though the “snake vision” was a bit much and honestly not really necessary. A fun movie to watch once you make it through all of the set-up.