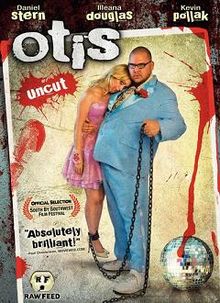 Well, we have about another week’s worth of movies that I got over Christmas and I am hoping that they keep getting better. Today’s movie is one that my friend Mark gave me. When my friend’s buy me movies, they tend to help feed my love for the completely cheesy, campy variety of movie. Mark will go along with that too but he also tends to buy me movies that are interesting or usually get better reviews than some other movies (though he did get me the Leprechaun 4-pack of movies so he is not completely without faults in this regard). Anyways, today’s movie is one of his picks and one I am looking forward to watching so let’s get started with Otis.

This was a pretty good movie but there were some aspects that reminded me of a couple of other dark comedy’s I have watched. The acting was pretty good, with Daniel Stern (Will) and Illena Douglas (Kate) playing off each other very well as parents. I also felt that Jere Burns was rather creepy in his portrayal of FBI Agent Hotchkiss while Ashley Johnson (Riley), Jared Kusnitz (Reed), and Bostin Christopher (Otis) all did great jobs in their roles. The story was pretty good, with Otis basically reliving the glory days he felt his brother should have had, as well as living out his fantasy with his longtime crush Kim. The second half of the story, where the Lawsons decide to get some vigilante justice, was a little disturbing, but did have some humor to it to try and make it a little less gruesome. The only thing that I didn’t like was the lack of a real ending, as Otis basically just disappears and nothing else really comes of the whole situation except for Reed mistakenly killing someone else. The special effects were ok but the big thing was the dialogue, which really helped telling the story in this movie. This is a good movie and definitely well worth watching if you are a horror fan.